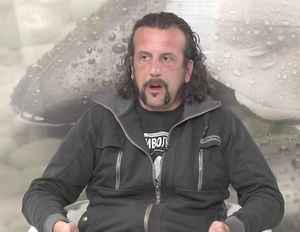 Real Name:
Orhan Maslo
Profile:
Percussionist, pianist and vocalist from Sarajevo, Bosnia & Herzegovina born at the 5th of June 1978 in Mostar, Bosnia & Herzegovina, also known as Oha.
He graduated at the School Of Music in Mostar where he studied piano and voice. In 1995 he learned to play drums. He studied in Italy for assistant music-therapist with professor Nigel Osborne. From 1997 till 1999 he studied drums with Eugene Skeef. He worked as music teacher at elementary schools and as music therapist at hospitals. Maslo was a percussionist at Dubioza from 2006 to 2011.
Sites:
MySpace
In Groups:
Dubioza Kolektiv
Variations:
Viewing All | Orhan Maslo
O. Maslo, Oha, Orhan Maslo - Oha, Orhan Maslo Oha