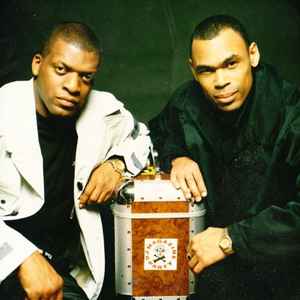 Profile:
House and UK Garage DJ/Producer/Remixer duo from London.
They are described as having a "pivotal involvement in the development of the UK underground garage scene".

Karl "Tuff Enuff" Brown and Matt "Jam" Lamont began working together in 1993 after meeting at the London club "The Arches", where Lamont had a DJ residency. Brown had previously been in the band Double Trouble who enjoyed some chart success with singles such as "Street Tuff".