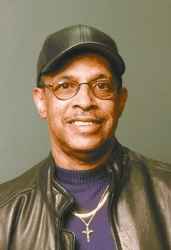 Profile:
Born in Cooksville Maryland, Parker did not have the classic musical upbringing that so many of 60s and 70s soul artists had, which begins with singing in church and high school groups. In fact he did not enter the music world until he was around 16 years old and then ít was as a saxophone player. After having played with some local groups Parker was signed to Little Richard´s band and toured with them for a couple of years. When he returned to Maryland again he started singing as well and was signed to Rufus Mitchell´s Ru-Jac records out of Baltimore.
Sites:
winfieldparker.com, soulstrutter.blogspot.com
In Groups:
The Best Of Both Worlds, Winfield Parker & Praise
Variations:
Viewing All | Winfield Parker
Little Winfield Parker, Parker, W Parker, W. Parker, Winifred Parker, Wynfield Parker

January 19, 2021
Winfield Albert Parker (born 21.06.1942- d.18.01.2021);A vocalist valued among listeners of deep soul and traditional gospel alike, Winfield Parker came up as a young saxophonist in Maryland/D.C.-area groups such as the Veejays and Sammy Fitzhugh & the Moroccans. Prior to launching a solo career, he also played behind Little Richard and led a band called the Imperial Thrillers. From the late '60s through the '70s, Parker recorded sides for an assortment of labels that included Arctic, Ru-Jac, Wand, Spring, and GSF. (All Music)