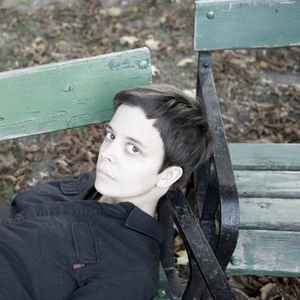 Real Name:
Clara Luzia Maria Priemer-Humpel
Profile:
Clara Luzia is a musician from Vienna/Austria, born 1978 in Oberretzbach, Niederösterreich, who started writing and performing in the early 90s, and founded her first band Alalie Lilt in 1999.

In 2005 she left the band and started working on her original material with producer Alexander Nefzger. Her full length CD "Railroad Tracks" was released on Clara's newly founded label Asinella Records in 2006, followed by 2007's "The Long Memory" which gained Clara Luzia the Austrian Music Award AMADEUS.

Her 2009 release "The Ground Below" gained her another two AMADEUS nominations, as well as massive radio airplay in Germany and Austria.

After the tour Clara Luzia took a break reorganising her live-set-up which then consisted of Heidi Dokalik (cello, backing vocals), Ines Perschy (drums, backing vocals), and Max Hauer (piano, bass, guitar). The four piece recorded the album "Falling into place" together which again was very well received by the media, and the audience in Austria and Germany, but also brought the band to countries such as France, Slovakia, and Belgium.

In autumn 2012 the music documentary "Oh yeah, she performs" by director Mirjam Unger with Clara starring alongside fellow musicians Gustav, Luise Pop, and Teresa Rotschopf aka "O" screens in cinemas in Austria and Germany.

In April 2012 Clara Luzia and her band plus newest addition pauT on clarinet and bass went to the studio again to record "We are fish" - released on march 1 2013.