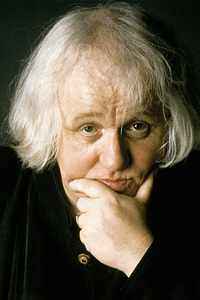 As a teenager and young adult Coyne studied at the Joseph Wright School of Art from 1957 to 1961 and then studied graphics and painting at Derby School of Art from 1961 to 1965. There he met Nick Cudworth (piano, acoustic guitar). His love of American bluesmen developed, as did his song-craft and his guitar and vocal talents.

At the conclusion of his arts training, Coyne began the work that would change him forever – he spent the three years, from 1965 to 1968, working as a social therapist and psychiatric nurse at Whittingham Hospital near Preston in Lancashire and then for "The Soho Project" in London as a drugs counsellor. During this period of working with the mentally ill he performed regularly. Subsequently, his musical aspirations took precedence and he signed a record deal in 1969.

Joined by Dave Clague (bass, acoustic guitar, ex-Bonzo Dog Doo-Dah Band), Coyne's band got an early break as a result of a demo heard by John Peel, who in 1969 signed them to his Dandelion Records label. At first billed as Coyne-Clague (an early Dandelion release erroneously named them just "Clague"), the band soon altered its name to Siren. Reviewing the band's 1971 LP Strange Locomotion, Robert Christgau wrote in Christgau's Record Guide: Rock Albums of the Seventies (1981): "Like Fleetwood Mac, this is British blues that neither chokes on false roots nor enmires itself in boogie reductionism. Kevin Coyne's humorously belligerent drawl embodies the band's wit and its punk chauvinism. Mistake: 'Fetch Me My Woman,' which (second mistake) goes on for 7:40."

In 1973 he appeared on the BBC's The Old Grey Whistle Test, performing "I Want My Crown" and "House on the Hill" with guitarist Gordon Smith and percussionist Chilli Charles.

In late 1975 and 1976 Coyne completed the musical England, England, written with playwright Snoo Wilson, and described as "an evocation of the Kray Twins". The musical, directed by Dusty Hughes, was performed on stage in August 1977 at the Jeannetta Cochrane Theatre, in Holborn, London. It was one of the first theatre pieces to reference the fascist associations of a kind of British nationalism that later became more prevalent with the rise of the National Front and the election of Margaret Thatcher. From 18 August to 24 September 1977 it played at the Bush Theatre in Shepherds Bush.

In 1978 Coyne collaborated with fellow Derby Art School graduate Ian Breakwell to produce the film The Institution based on Breakwell's Artist Placement Group work at Rampton Secure Hospital in Nottinghamshire.

Early in his career, Coyne turned down a meeting with founder of Elektra Records Jac Holzman (Coyne's band Siren were on Elektra in America) to discuss replacing Jim Morrison in the Doors. "I didn't like the leather trousers!" was Coynes' alleged reason.

Coyne was the second artist signed to Virgin Records, after Mike Oldfield, where he continued his uncompromising stance. It was this attitude that endeared him to label-mates such as John Lydon, who played "Eastbourne Ladies" on a Desert Island Discs–type show, and the Mekons, who recorded his "Having a Party", a scathing attack on Richard Branson.

Coyne's first solo album Case History (1972), primarily with just his own voice and guitar, was powerful and direct, was recorded for Peel's Dandelion label. When Dandelion ceased to exist, the album largely sank into obscurity. But not before it had come to the attention of Virgin Records, who were sufficiently impressed to sign Coyne and release his 1973 album Marjory Razorblade. The single "Marlene" (b/w "Everybody Says"), taken from the album and released in August 1973, was the first Virgin single.

Described as being musically "... a mixture of blues and music hall comedy, with a punk edge", the 1973 album contained many notable songs, such as the bitter and irreverent "Eastbourne Ladies" and the plaintive "House on the Hill" about life in a psychiatric institution. It was the record that was to be largely responsible for putting Coyne on the map of mainstream rock.

Another Virgin album release, Babble, by Coyne and singer Dagmar Krause, courted controversy when Kevin suggested, in the theatre presentation of the piece, that the destructive relationship between the two lovers could have been based on The Moors Murderers. Two performances at the Theatre Royal in Stratford, London were cancelled at short notice by Newham Council following negative press reports in The Sun and the Evening Standard. The show was eventually staged, for four nights, at the Oval House in Kennington. Reviewing the show for the NME, Paul Du Noyer wrote:

"Babble" is a particularly thorough, painstaking exploration of the reality of one relationship, stripped of romance and artifice. The format employed is correspondingly stark. Against a stage-set of light-bulb, table and chairs Coyne and his partner Dagmar Krause stand at either side; the only accompaniment comes from Bob Ward and Brian Godding, playing electric and acoustic guitar in the gloom behind.

American singer/songwriter Will Oldham claimed that the Babble album had "changed my life" and he recorded two of the songs himself. Oldham also went on to form a side project called The Babblers – who strictly played covers of songs from Babble. Extracts from a performance of Babble, in Berlin, were included in the short German film Herz Aus Feuer (1979) by Claudia Strauven and Wolfgang Kraesze.

The album Politicz, featuring Peter Kirtley on guitar and Steve Bull on keyboards, was released in 1982. AllMusic's reviewer Dean McFarlane described the album as "One of the British singer/songwriter's more outwardly experimental records, this album contains some of his most intimate work, deeply personal songs and techniques which were taking him further and further away from tradition... strictly a post-punk album with a humorous political agenda". The same year Coyne appeared in concert with his band (Kirtley and Bull augmented by Steve Lamb on bass and Dave Wilson on drums), live in front of the Berlin Wall at the Tempodrom. The concert was later issued on the 2008 DVD At the Last Wall (Dockland Productions, Meyer Records).

Following a nervous breakdown and increasing difficulties with drink, Coyne left the UK in 1985. He settled in Nuremberg, Germany and having given up alcohol, never stopped recording and touring, as well as writing books and exhibiting his paintings. A selection of Coyne's writings, including many of his poems, can be viewed on the internet.

Coyne's move to Germany saw his writing and painting career truly blossom. He published four books, two of which, Showbusiness and Party Dress, were published by Serpent's Tail in London. There were numerous exhibitions of his visual work throughout Europe and the response was reassuringly strong. Those in Berlin, Amsterdam and Zürich being particularly well reviewed and attended. The paintings gained some notoriety and still attract commercial attention today.

In the late 1980s Coyne acted on stage, playing the small part of a rock star in Linie Eins (Line One), a German musical, at the Nuremberg Opera House, but appearing only at the very end of the play. His 1995 album, The Adventures of Crazy Frank, was based on a stage musical about English comedian Frank Randle – with Coyne in the title role. It also starred the singer Julia Kempken who was erroneously listed in the Guardian obituary as Kevin's wife. Kempken later wrote fondly of this mistake, suggesting that her performance on stage as Randle's wife had been so strong as to transform her, in the eyes of the press, into Kevin's actual wife. In reality Kevin married only twice, first to Lesley and second to Helmi, having another relationship between the two which saw the birth of his son Nico.

In Germany his sons from his first marriage, Eugene and Robert, appeared on recordings such as Tough And Sweet (1993) and Sugar Candy Taxi (1999), with guitarist and multi-instrumentalist Robert joining his band. His later German recordings, including Knocking on Your Brain (1997) often featured the "Paradise Band". In later years he also collaborated with Brendan Croker on Life Is Almost Wonderful, with Jon Langford of the Mekons (on One Day in Chicago) and with Gary Lucas once of Captain Beefheart's Magic Band (on Knocking on Your Brain). A reunion with original Siren members Dave Clague and Nick Cudworth happened for a John Peel's Dandelion Records DVD, alongside solo performances by Coyne. Siren performed all material for the film without any prior rehearsals.

Diagnosed with lung fibrosis in 2002, Coyne died peacefully at his home. He is survived by his wife Helmi and his sons Eugene, Robert and Nico.

June 28, 2021
The classic Virgin albums are some of my favourite records from the '70s. I was listening to Kevin back then, and I'm still listening today.

My favourite song is Marigold off Millionaires and Teddy Bears but really everything from those '70s albums emanates true quality. I must admit, I didn't keep up with subsequent releases but that's more fool me.