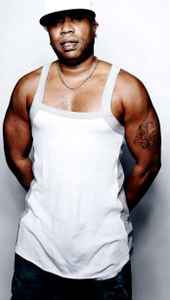 In the world of Drum n Bass Grooverider still continues to be a major player, Throwing his talents down to all aspects of the music. Dj'ing and producing in the early days Grooverider managed to secure his place in the dnb History, building on this with his Prototype Recordings label. This was obviously noted by the Radio 1 crew among others, as his now radio show alongside Fabio has become one of the most respected dnb offerings in the radio world!
Not giving up on his early Dj'ing talents, he still infiltrates the country, laying his style down and tearing up the floor in no uncertain terms!
He also plays house sets as well as d'n'b on a regular basis.

He was the resident DJ at Rage, Promised Land and Tempo.

July 15, 2019
Never really got the whole grooverider thing. The guy has been there from the start for sure but as a dj I always thought the likes of Randall, Ratty, Bukem and Andy C were better mixers. Some the prototype material was great but I used to avoid some of grooverider s releases in the 90 s.
Reply  See 1 reply Notify me 2 Helpful

Sorry how are there no reviews for The Godfather ?! Grooverider was the best hardcore and later jungle DJ. Ever. Too Buzz , Ratty, Bukem, Jack Frost , bryan gee, Randall come close but when Grooverider was on, he far surpassed everyone . Really not feeling what he’s doing now but his work from 1990-1995 is just amazing , he really started it all