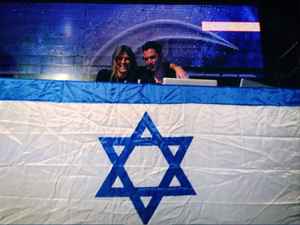 The majority of their releases have been done through their own record company, Trust In Trance (which later merged with Phonokol). In addition to an extensive discography, the group has an extensive worldwide touring schedule. Some of Astral Projection's most well-known tracks are "Kabalah", "People Can Fly", "Mahadeva” and “Dancing Galaxy".

A precursor to Astral Projection, SFX, was formed in Israel in 1989 and originally consisted of Avi Nissim and Lior Perlmutter. They released a hit single in 1991 named Monster Mania, which prompted them to start working on an album. Work was halted when they decided to travel to New York and try their luck there. While Avi soon went back home, Lior stayed in the USA. In 1993, with Lior still in the US, Avi teamed up with Yaniv Haviv and Guy Sabbag and they released the single Another World.
In early 1994, Lior returned to Israel to work on his material with the group and they started releasing under their new label Trust in Trance. Guy soon left this group and the remaining members eventually changed their name to Astral Projection.
Yan-Iv Haviv left the group after the second album, it has been a duo since.
Sites:
astral-projection.com, Bandcamp, Facebook, YouTube, SoundCloud
Members:
Avi Nissim, Lior Perlmutter, Yan-Iv Haviv
Variations:
Viewing All | Astral Projection
Astral Projections, Astral Projektion, אסטרל פרוג'קשן, 幻星電子出神樂團

January 27, 2017
Astral Projection was the group that got me into Psy Trance 15 years ago. I call their music immersive trance. Immersive meaning that it pulls you in. You become one with the melodies. I can appreciate the hard work that Avi and Lior put towards each one of their amazing tracks, tailoring them to be perfect. I have been anxiously waiting for their next full length release, whenever that will be; thought maybe "One" would show up on the next full-length because that is one killer track.

November 14, 2013
Please "wash your mouth" before telling shit about a GoaTrance MONUMENT as Astral Projection are...........
sometimes people talk about something they really don't know...Trance is..simply TRANCE...4 sure is not the fluffy music that someone call Trance.....Mass Appeal??? LOL!!!! ps-watch out to the "Feeling very weird" remixes
Reply Notify me 2 Helpful

May 17, 2012
Goa is just too dark and brooding to ever have true mass appeal. But Astral Projection somehow brought world wide attention to the genre with their high-energy, fast, and melodic trance. Sure, Paul Oakenfold also helped. I'm not sure how much of a goa scene still exists but I'd imagine its not what it used to be.

In any case, there's a generation of dance music lovers who will have no idea who Astral Projection were or what Goa is, given how underground the sound has been driven. Too bad.
Reply Notify me 8 Helpful

Formed in 1993 , they were quite probably the first to bring goa trance to the masses and became the first world-wide known (goa) trance band. There most noted tracks are Mahadeva, Innovation, Power Gen, Kabalah, Let There Be Light and People Can Fly. There album Trust in Trance should be in every Goa collection as for me is one of the pinnacles in trance. Later in the years they were accused of never changing their sound. Yes, I agree with it to some point; and there album Ten in 2004 was a bit of disappointment being it all remix work of their old super-hits from other trance artists.

Anyway, in the glory days of Goa, A.P. where the gods of music, and whatever they do, they will always be followed by their world-wide fans.