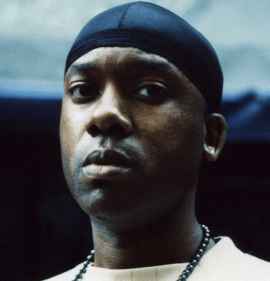 Real Name:
John Percy Simon
Profile:
Hailing from the Patterson Projects of the South Bronx, Percee was known for his lyrical wizardry after his rhyme battle between Lord Finesse (DITC), who later featured him on two songs from the “Return of the Funky Man” album. Percee also attended LaGuardia High School during the same time as Organized Konfusion, in which they were featured on “Lung-Collapsing Lyrics.” Percee was also nominated for Verse of the Month by the Source Magazine. He later became well known and respected by the NYC underground hip-hop scene as he sold his mixtapes in front of the now-defunct Fat Beats store. Percee was also recognized by Jurassic 5 who later featured him on “A Day at the Races,” which led to his meeting with Stones Throw Records, which signed him to an album deal.

July 29, 2016
One of the dopiest mc's of all time based on not a huge amount of material but every rhyme is killer, he rides the beat like no other.