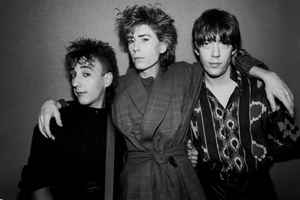 Their 1981 song "Pretty In Pink" was picked by director John Hughes (17) as the title of his 1986 teen movie and the re-made version of the song became their biggest hit until then. Other highlights of their catalogue are "Love My Way", "Sister Europe" and their biggest US hit "Heartbreak Beat".

In 1991 they went on hiatus while Richard Butler and Tim Butler launched a new group, Love Spit Love that lasted for two albums (1991 & 1997). In 1996, singer Richard Butler released his self-titled solo album.