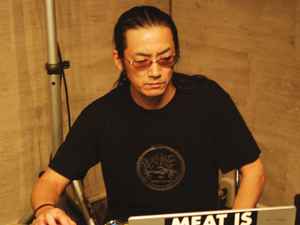 Profile:
Merzbow (メルツバウ) is an extreme experimental music project created in Tokyo in 1979 under the direction of musician Masami Akita (秋田昌美) and is recognized as being one of the earliest projects in what has become known as "Japanese noise". Highly prolific, Merzbow has released hundreds of recordings since 1979.

The name is derived from Kurt Schwitters's "Merzbau", and is meant to be pronounced the same way.

Since 1991 Merzbow became a trio of Masami Akita with Reiko Azuma (electronics and voice) and Tetsuo Sakaibara (aka Bara) (voice and dance).

October 28, 2021
Watch the movie: Beyond Extreme Violence: The Hard Listening of Merzbow by Ian Kerkhof. Masami talks about his music, Japanese culture, pornography and other things that are not accepted to talk about. This video is a paradise for any fan of Japanese (japanoise) music.
Reply  See 1 reply Notify me 8 Helpful

October 28, 2021
Merzbow's music is primarily a concept idea and don't forget about this law when you listen to Venereology / Pulse Demon / Electric Salad and other Merzbow releases from 1988 to 1998. We don't need extra listeners, we've read all the Merzbow interviews and you're just not needed here if you don't recognize Merzbow's conceptual ideas. The world is full of other music, leave Merzbow to those who really like it. This music was, is and will be for the chosen ones, so don't get in the way under our feet.
Reply  See 1 reply Notify me 4 Helpful

scene and hard lovin man two great titles that i like a lot but dont get a lot of mention, the coastal erosion thing was beautiful too..

June 24, 2020
A musician who can safely be called a genius. Father of industrial noise. The man who first started selling CDs with noise. A person whose creativity is based on ideas, not just natural sounds. A man who was ahead of his time with his talent, starting with his first works in the late 70's-early 80's. First of all, listen to all his albums from 1990 to 1998, this is really noise music in all its glory. If you do not understand the noise, erase all the albums from your hard drive, do not waste time, Merzbow will not cease to be a genius.
Reply Notify me 8 Helpful

May 25, 2020
I will say I feel like I have become desenitized (I have no idea how to spell that word) to Merzbows music. Whenever I feel stressed I put this on and instantly feel at ease.
Reply  See 1 reply Notify me 2 Helpful

July 1, 2017
Does anyone know or is there any definitive info online pointing to what year or starting with which release Merzbow dropped the analog noise sources and started using laptop? Just looking through the releases I would think 1999/2000, but it's just a guess...
Reply  See 5 replies Notify me 2 Helpful

How are you supposed to keep up with this man's release rate? I've nearly given up trying! I suppose the 'Merzbox' is enough to last me the rest of my life realistically.

September 18, 2011
I recommend Merzbow for stress management... 1º you listen some random track from him 2º when it finishes, the silence you hear will be the most relaxing thing ever. Trust me.
Reply  See 4 replies Notify me 35 Helpful

Some of the reviews of Merzbow albums on discogs is enough to make anyone with a tinge of intellect cringe. Merzbow has continued in the experimental fashion of Stockhausen and the industrial movement and ending up in a pure noise phase. Masami Akita's noise is revered for it's quality, some of which is more drone-y, even less is beat-based, with the majority being harsh, thickly-layered noise. His rapid output has led to record companies pressing a possible majority of his album in 1,000 copies or less. When choosing an Akita album, try to match your temperament, if you can't listen to harsh noise, be choosy when picking one of his albums to buy; however his harsh noise releases are often his best.