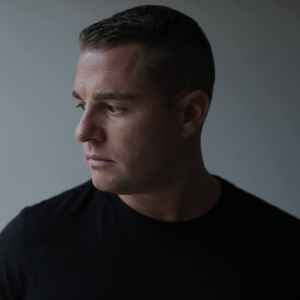 Real Name:
Simon Oliver Patterson
Profile:
British Tech-Trance DJ & producer hailing from Belfast and based in London.
He got his first break at the age of 19 when he was asked by top Italian DJ & producer Dino Lenny to run his new labels – Age One Records and B Sorted Records. He then went on to work alongside Dave Lambert at top Universal dance label AM:PM, which led to him being approached by head A&R man Nick Halkes to work with him on his new Ministry Of Sound label – Incentive Records. In the summer of 2001, BBC Radio 1 DJ Seb Fontaine approached Simon to handle his A&R, which led to his current position as A&R for Judge Jules, in which he has helped to find and break some of the biggest dance records of 2003 and 2004.
Simon began playing out in 2000 and was rapidly making a name for himself in clubland. He was resident for Serious @ The Cross in London and his rising reputation as a producer created a stir amongst promoters and clubbers alike. Simon also co-hosted a bi-weekly radio show on Ministry Of Sound Radio and was included in February issue of Mixmag as 'one DJ' to watch in 2004. From 2003 to 2007 he had massive success as one half of the group Dogzilla with Richie Kayvan. In 2008 Patterson left the group to focus on his solo career.
Sites:
web.archive.org, web.archive.org, web.archive.org, web.archive.org, web.archive.org, SoundCloud, mixcloud.com, MySpace, Facebook, Twitter, YouTube, instagram.com, songkick.com
In Groups:
Dogzilla, Rockstarz
Variations:
Viewing All | Simon Patterson
Patterson, S. Patterson, Simon, Simon Oliver Patterson, Simon Petterson

April 17, 2010
Relative newcomer to the spot light, Simon Patterson has repeatedly been producing top quality tracks. Although his peak-time, hands in the air offerings such as "Miss You" have received praise, I believe they don't do Patterson justice, and his real talent lies in producing tech-trance mayhem. Whether it be the electro driven "Bulldozer" or the cheeky acid whips of "Smack" and "Panic Attack" (which also has a lovely breakdown full of juicy 303's), Patterson manages to create tech-trance that will fill the dance floor and make people dance, rather than destroy the floor and give people a nose bleed (see Timebomb by Sly One vs Jurrane). He even manages to mix his two styles together in tracks like "Thump" and "F16" to give tech-trance monsters with a twist of euphoria.

In November 2009 Pete Tong gave Patterson the opportunity to record his own Essential Mix which showcased his production and DJ talents. This is a great testament to his skills, especially considering that in recent years Tong had only given trance essential mixes to top jocks like Paul Van Dyk and Ferry Corsten.

For a more mellow and progressive sound by Patterson check out his work with Richie Kayvan under their "Dogzilla" act, although he has now left Dogzilla to presumably focus more on his solo work, and who can blame him when he is doing so well for himself. Keep up the good work!
Reply Notify me 6 Helpful