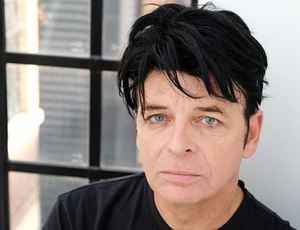 Started his musical career in 1977 as a punk rocker in the band Mean Street, before being sacked in May 1977 for being "too creative." He responded to an advert in Melody Maker to join the band The Lasers, alongside Paul Gardiner. Both soon left to form their own punk band, Tubeway Army, with his uncle Jess Lidyard filling in on drums.

In 1978 Tubeway Army was signed to Beggars Banquet and released a couple of punk singles. By then he was using the name Numan and the band was performing live in pubs and clubs around London, supporting The Lurkers. Whilst recording demos for Beggars, Gary stumbled upon a "Minimoog," that had been left behind in the studio, still programmed to a sound that caught his attention. The rest, as they say, is history. Gary Numan is considered one of the foremost pioneers in electronic dance music.

Of these, Gary has achieved UK music chart success so far in his career. In total, 34 LPs have charted (Top 100) with six achieving 'Top 10,' placings with the albums "The Pleasure Principle," and "Telekon," hitting the coveted No.1 spot in the UK during September 1979 and a year later, in September 1980. In all, his LP chart success has gained him over 100 weeks of listings in the UK music charts to date (albums).

there are many Numan albums on here, some of which are not very good live recordings, compilations and dodgy proper albums .... however, the good stuff is superb, from Tubeway Army to Intruder, the music is top class ... Numan is a genius, he was back in the 70s and he still is ... ignore the rubbish written about him being a 'has been' .... The Man is back at the top of his game :-)

May 13, 2016
Like Paul Mccartney, if someone told me that the REAL Gary Numan died in the mid-eighties I would instant believe it! .. Maybee it was because of Tubeway´s Army´s bass player Paul Gardiner (Who Sadly died in 1984). Someone told me that he was the real genius behind these GREAT songs. As you can see, not many good songs/tracks came from Numan after the departure of Gardiner. Last album he did with Numan was Assassin, I . .Which was the last GOOD album by Numan..
Reply  See 9 replies Notify me 5 Helpful