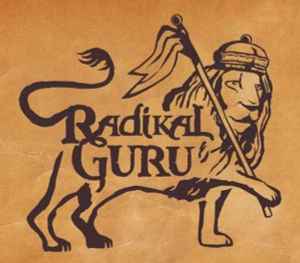 Real Name:
Mateusz Miller
Profile:
Born in Kwidzyn, Pomeranian Voivodeship, Poland.
One of the brightest lights of the roots-influenced underground community for the past half-decade, born Mateusz Miller has pioneered a compelling and unique fusion of sounds that encompass dub, reggae and dubstep under his Radikal Guru moniker. Inspired by an appreciation of soundsystem culture, his music has become synonymous with suffocating degrees of dread bassweight, vibrant and eclectic palettes of tone, and varying energy levels that cater for both dancefloor focussed ruckus and for more meditative listening.
Heavily influenced by the likes of King Tubby and Scientist, Matt first gained worldwide acclaim and recognition through a string of killer vinyl releases on leading reggae/dubstep imprint Dubbed Out, before forming a creative partnership with fellow label Moonshine Recordings where he has gone on to cement his reputation as one of the strongest proponents of the scene. His Moonshine discography boasts highlights that include his debut LP ‘The Rootstepa’ and the mighty ‘Dread Commandments’ 12”, and keep an eye out for some seriously exciting developments in the pipeline including the release of his second album.
Not only a talented producer, Matt is also a fine selector, conveying his passion for music through DJ sets that pay homage to the sound and culture’s rich history as much as they showcase the freshest cuts of sonic innovation from himself and his contemporaries. He has hit spots all around the world to assault soundsystems with bass-fuelled beats and positive vibes, including recent gigs with vocal collaborator Cian Finn at the legendary Subdub and Tokyo Dub events, as well as trips as far afield as Moscow and Johannesburg. Catch Matt bringing heat to a series of festivals this summer including Outlook and Boomtown, and with a landmark tour yet to be announced, there is plenty to look forward to on the horizon.
Sites:
radikalguru.com, Facebook, MySpace, SoundCloud, YouTube, instagram.com
Aliases:
Mateusz Miller
Variations:
Viewing All | Radikal Guru
Radical Guru