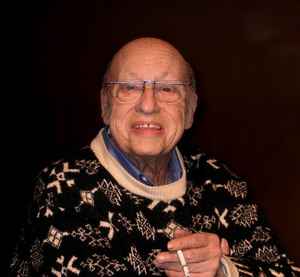 He was studying medicine in Paris when he met Georges Jenny, inventor of the Ondioline. Quitting medical school, Perrey travelled throughout Europe demonstrating this keyboard ancestor of the modern synth. At the age of 30, Perrey relocated to New York City, sponsored by Carroll Bratman, who built him an experimental laboratory and recording studio at 209 West 48th Street. Here he invented "a new process for generating rhythms with sequences and loops", utilising the environmental sounds of musique concrète. With scissors, splicing tape and tape recorders, he spent weeks piecing together a uniquely comic take on the future. Befriending Robert Moog, he became one of the first Moog musicians, creating "far out electronic entertainment". In 1965 Perrey met Gershon Kingsley, a former collaborator of John Cage. Together, using an Ondioline and Perrey's loops, they created two albums for Vanguard: The In Sound From Way Out! (1966) and Kaleidoscopic Vibrations (1967). Perrey & Kingsley also collaborated on sound design for radio and television advertising.