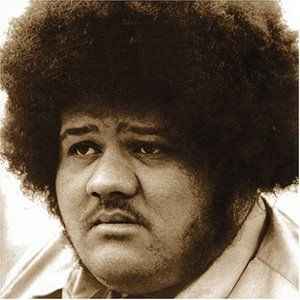 During the course of his life, he recorded four songs with The Babysitters, "Monkey Man", "Beg Me", "Messin' with the Kid" and "Just being Careful". They were released on the Shann, USA, Satellite and St. Lawrence Records labels. His only album The Baby Huey Story - The Living Legend was released posthumously in 1971 on Curtom. The songs on the single "Listen to Me" / "Hard Times" appear on the album. No other material featuring his voice has been forthcoming apart from an unofficial EP The Early Years that Johnny Ross had put together, Dubbing directly from his singles, it featured the four Baby Huey & the Babysitters songs from the mid-1960s. According to an entry around 2008 by Melvin "Deacon" Jones on his Facebook page, there was a bootleg of live Baby Huey & the Babysitters recordings being sold in Europe at one stage.

In 2019, Run Out Groove released an expanded 2LP version of The Living Legend which included unreleased instrumental tracks.

Another album, Another Story: The Lost Recordings which is credited to Baby Huey has two release dates. One in 2017 and the other in 2021. It is downloadable. It can be viewed on the muxiv.net website. A mix of vocal and instrumental tracks, its claim is that these are recordings by Ramey.Whilst the tracks appear to be from the late 1960s to 1970 period, it is almost immediately apparent that this is not James Ramey singing!
Sites:
Wikipedia
Aliases:
James Thomas Ramey
Variations:
Viewing All | Baby Huey
Baby Huey & The Baby Sitters, Huey, The Baby Huey Story