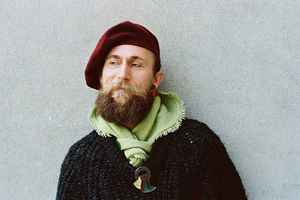 António Variações was one Portugal's first Synth-Pop artists, and maybe the most relevant and solid, to embrace the Portuguese language, folk music and culture. The use of synthesizers in his music was partially influenced by the international scene but mostly by the use of organ within national folk music.
In 1978 he had already signed a contract with Valentim de Carvalho but his first EP would not see the light of the day until 1982. This was mostly because the label wasn't yet prepared to release Synth-Pop by then and were trying to get him to produce folk or pop.
In 1982 he releases his first EP, "Estou Além", followed by his debut album, "Anjo Da Guarda" in 1983.
In 1984, shortly after the release of his second album, he dies of a broncopneumonia, related to his AIDS illness.
Sites:
citi.pt, instagram.com, antoniovariacoes.pt, Facebook
Aliases:
António Rodrigues Ribeiro
Variations:
Viewing All | António Variações
A. Variações, Antonio Rodrigues Ribeiro, António Rodrigues Ribeiro