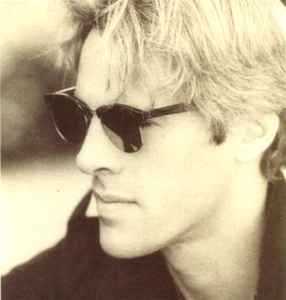 Real Name:
Stewart Armstrong Copeland
Profile:
Stewart Armstrong Copeland (born July 16th 1952 in Alexandria, Virginia, USA) is an American musician and composer. He rose to prominence as the drummer of the English rock band The Police. Copeland has also produced film and video game soundtracks and has written various pieces of music for ballet, opera, and orchestra. His composing work includes the films 'Wall Street', 'Good Burger', and 'We Are Your Friends'; the TV series 'The Equalizer', 'Dead Like Me', and 'The Amanda Show'; and the video games 'Alone in the Dark 4' and the 'Spyro' series.

Copeland was ranked the 10th best drummer of all time by Rolling Stone in 2016 and he was inducted into the Rock and Roll Hall of Fame as a member of The Police in 2003. He's also received accolades for the Modern Drummer Hall of Fame in 2005, and the Classic Drummer Hall of Fame in 2013. As a multi-talented musician he can turn his hand to many other instruments too. Some of his earlier solo work was performed under the guise of Klark Kent (3), which Copeland used in the late '70s for several releases.

February 15, 2019
Forgive my blatant appeal to you Police and Stewart Copeland fans, but if you are interested, I have recently recorded an in-depth interview with Stewart Copeland which was the inaugural episode of my new podcast, Backstage with Robert Emery. If you'd like to hear this, please do visit https://www.robertemery.com/backstage/behind-the-scenes-with-stewart-copeland and take a listen to Behind the Scenes with Stewart Copeland: Why dumb shit makes me happy.
Reply Notify me 3 Helpful