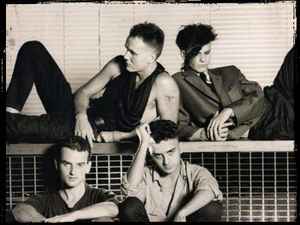 Profile:
Legendary Italian new wave band, formed in Florence in 1979 and led by Marcello Michelotti (the only permanent member).
Were part of the Florence dark wave/electronic scene of the 1980s, together with Pankow, Diaframma, early Litfiba. Their early releases were issued by KinderGarten Records.