Segun Adewale And His Superstars International 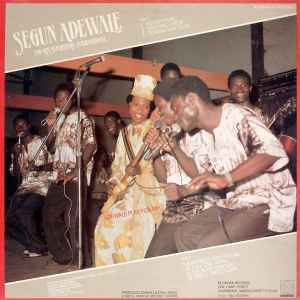 Profile:
Segun Adewale born into a royal family in 1955 in Oshogbo, Nigeria, was introduced to music at an early age through his father's amateur guitar-playing. His father objected to a career in music for his son and so Adewale left his hometown for Lagos where he became an apprentice musician with Chief S.L. Atolagbe and his Holy Rainbow. Soon Adewale hooked up with the father of Juju music, I.K. Dairo who gave him encouragement and taught him about arranging and composing.