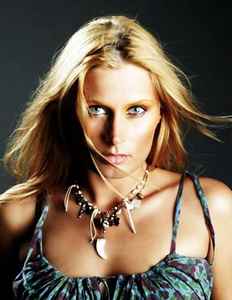 Profile:
Belgian vocal trance act formed in 2000, when producer Erik Vanspauwen and singer/songwriter Martine Theeuwen (Marsha), who already had been working together for a year, teamed up with producer Christophe Chantzis. Their debut single “Castles In The Sky” gained attention in Europe in 2001 and sold 400 000 copies that year. Tensions arose over the decision to hire Cindy Mertens to lip-synch to Theeuwen’s voice in the music video and on stage; disappointed to learn that the production team never intended to have her performing on stage, Theeuwen, who was not a fully integrated member of the group, declined to participate on the follow-up single. To replace them both, Annemie Coenen was subsequently chosen as the new singer and became a full member of the group. Dancers Diana Dander and Jeanine Tiemissen were hired too and the group was from then on marketed as a female trio for some time. The second single, “Will I”, was eventually released in late 2001 and followed by the debut album, “Ace”, in 2002.

Peter Luts and David Vervoort from Lasgo joined in on the production of the second album, “Lost & Found”, released in 2004. The original producer duo left A&S Productions and Ian van Dahl after this release, to start their own production company. Luts, Vervoort and Coenen continued as a trio and released a couple of more singles. A world tour was seen in 2007 and in July that year it was announced that a third studio album, produced by Luts, had been completed. However, it would not be released under the name Ian van Dahl, but was instead planned to be Coenen’s debut solo album. By early 2008 the trio had left A&S and started a new project called AnnaGrace, shifting away from the vocal trance style of Ian van Dahl.