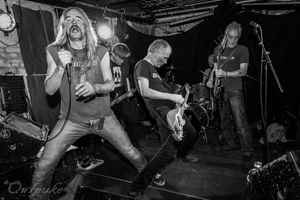 Profile:
President Fetch is a Danish punk band from Copenhagen, formed in the autumn of 1986 by Chris Juris, initially as a solo project and later as a band.