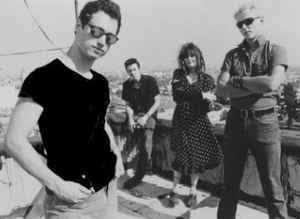 Profile:
X formed in 1977 inside the L.A. punk scene. Charismatic vocalists John Doe and Exene Cervenka were joined by drummer DJ Bonebrake and guitarist Billy Zoom. The first four albums of the band were produced by ex-Doors Ray Manzarek, who also played keyboard on some of the songs. X split towards the end of the 1980s, with each of the four members pursuing their own solo projects. They join forces again from time to time, both in studio and live activities.