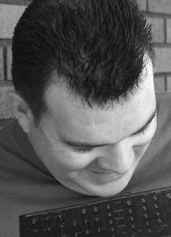 Profile:
As one of the earliest and most successful acts signed to the Contagious Records label in the UK during the early 1990's, RELEASE stood out along with other well-known artists of the time as pioneers of the breakbeat hardcore scene that was to eventually evolve into drum & bass. Consisting of Nigel Broad and DJ Rush Puppie, the band's first single, 'Dance In Eden', became a classic anthem, played at raves and festivals all over the UK and Europe during the summer of 1992. After several remixes by Interface and Sy-Kick, the band released the 'Spirit of Space' EP. Another success, this 4 track EP carried the band into 1993. After parting ways with Contagious, Nigel and Rush Puppie hooked-up with Deep Seven Records to release another single - 'The Jungle' c/w 'Musical Movements', in late 1993.
Members:
Nigel Broad, Rush Puppie

May 5, 2018
Absolute legend this man, around 2006-7 a bunch of us uploaded his tracks on youtube and he went around commenting on all of them saying thanks and how he was going to release remastered versions of on a CD comp soon and did not copyright strike us. Low and behold 'The Spirit Of Space' was doing the rounds. Bigup Release!
Reply Notify me Helpful

August 21, 2017
Cracking Producers, made some of the most recognisable tunes in the Hardcore scene, surprised nobody has posted a comment, legendary.
Reply Notify me Helpful