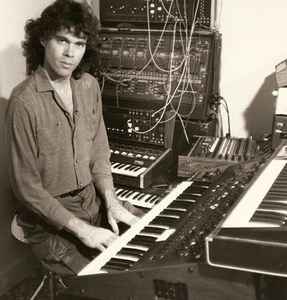 Real Name:
Steve Roach
Profile:
A longstanding leader in contemporary electronic music, composer and multi-instrumentalist Steve Roach (born 1955 in La Mesa, California) drew on the beauty and power of the earth's landscapes to create lush, meditative soundscapes influential on the emergence of ambient and trance.

A onetime professional motorbike racer, Roach -- inspired by the music of Tangerine Dream, Klaus Schulze, and Vangelis -- taught himself to play synthesizer at the age of 20; debuting in 1982 with the album Now, his early work was quite reminiscent of his inspirations, but with 1984's Structures From Silence his music began taking enormous strides, the album's expansive and mysterious atmosphere inspired directly by the natural beauty of the southwestern U.S. Subsequent works including 1986's three-volume Quiet Music series honed Roach's approach, his dense, swirling textures and hypnotic rhythms akin to environmental sound sculptures. In 1988, inspired by the Peter Weir film The Last Wave, Roach journeyed to the Australian outback, with field recordings of aboriginal life inspiring his acknowledged masterpiece, the double-album Dreamtime Return. A year later, he teamed with percussionist Michael Shrieve and guitarist David Torn for The Leaving Time, an experiment in ambient jazz.

After relocating to the desert outskirts of Tucson, Arizona, Roach established his own recording studio, Timeroom, and in the years to follow grew increasingly prolific, creating both as a solo artist and in tandem with artists including Robert Rich, Michael Stearns, Jorge Reyes and Kevin Braheny -- in all, close to two dozen major works in the 1990s alone, all of them located at different points on the space-time continuum separating modern technology and primitive music. His album roster from that decade includes: Strata (1990), Artifacts (1994), Well Of Souls (1995), Amplexus (Collected Works From The 1995 Ltd Series) (1997), and Dust To Dust (1998). Early Man was released on Projekt in early 2001, followed by one of his many collaborations with Vidna Obmana.

I bought Structures from Silence long ago on a used cassette tape because cover art looked cool and song titles were intriguing. OMG, this was a revelation for me. I now own three hardware synths and a bunch of virtual synths on my iPad Air. And what do I create? Ambient music — all because of Steve Roach. In the years past I have had the privilege to promote Steve and other ambient musicians via my many music reviews over the decades. Thanks goes to Steve. He’s kind of a private guy though — as I have emailed him many times thanking and praising him for his superb work. Never heard a word back... If you like Roach’s beatless, evolving soundscapes then find Surrender by James Johnson. Also check out Jim Butler on Bandcamp. He is THE most prolific ambient composer on planet and 90+% of his work is spot on. Lastly, seek out ambient works by Phillip Wilkerson, Max Corbacho and Andrew Lahiff — both on Bandcamp and both stellar musicians. www.SourceCodeX.com

November 23, 2020
What are his best albums? I am starting with Structures from Silence. Where should I go after?
Reply  See 7 replies Notify me 1 Helpful

First came across Steve Roach via a 12 minute track 'At The Edge Of The In-Between (Anima Revealed)' from 1995 on the really wonderful 'Endless 2' compilation. Everything on that comp. is fantastic (and includes one of Robert Rich's best pieces), but this one really outshines the rest. Steve's track was revelatory for me, early dark ambient soundscape, has different sections, emotions, sensations, constantly morphing, plus an incredible array of background sound effects layered on which are never repeated. Like a long deep twisting underground symphony, unpredictable to the end. And this is a live recording. Been a huge fan ever since, keeps me constantly surprised. Respect is due for an original and exceptionally talented sound and music artist.

February 21, 2020
Steve is such a prolific artist, and yet the quality of his music never diminishes! Its therapy, its life. He is up there with the greats, such as Klaus Schulze, Pete Namlook, Robert Rich, etc. Check him out, you won't regret it.
Reply Notify me 2 Helpful

October 12, 2018
Thank you steve roach for your amazing efforts. Music therapy for the mind, soul to overcome life's obstacles, heart aches, and our struggle for survival.
Reply Notify me 6 Helpful

August 13, 2018
Had discover a long time ago the Electronic Music via Tangerine Dream, Klaus Schulze and Vangelis, and appears to my ear Steve Roach.
This was another shock, as he's capable of so many variations in his music.
This is what i like/enjoy from him.
Listened for so many hours Quiet Music. And Dreamtime Return.. and what to say about The Magnificent Void. World's Edge, Structures from Silence and more and more...
.. even in his recent works, Skeleton Keys.. and also with B. Metcal & R. Thomas: Monuments of Ecstasy... just great
He never cease to amaze me.
Reply Notify me 3 Helpful

January 6, 2018
A great artist I have followed since the late 1980s. In a real sense he's provided the soundtrack for the quiet moments of my life - happy and sad.
Please check him out!
Reply Notify me 2 Helpful

August 11, 2017
I've been innumerably obsessed with Steve Roach & anything he's collaborated on for a bit now. He's a master of his craft: blending electronic & ambient music with tribal & sometimes new age undertones. It's fantastic work. Please, check him out!
Reply Notify me 3 Helpful

January 27, 2017
How does an artist manage to be so ridiculously prolific and still release classic after classic of absolutely top-shelf material? I don't get it either -- lesser artists would be lucky to release just a few classic albums in a row, but Steve Roach is an absolute master of his genre.

I don't think he's ever quite gotten the respect or awe he deserves in "electronic" music circles since he's of a slightly older generation and not necessarily as well known, so anyone with an interest in dark, brooding, ambient music (often with excellent exotic overtones) would be well served to check him out. He's one of those ultra rare artists that not only has gotten better with age, but MUCH better with age over what is now a decades-long timespan.
Reply Notify me 9 Helpful

He's the best Ambient composer of all time.Godfather of Space Ambient genre and Independent music. Im also creating music and he's for me the biggest inspiration. I recommend my favourites: The Magnificent Void, Mystic Chords & Sacred Spaces, Texture Maps: The Lost Pieces Vol. 3 ,Quiet Music..must have for every ambient fans.. He's music will be always in my heart.