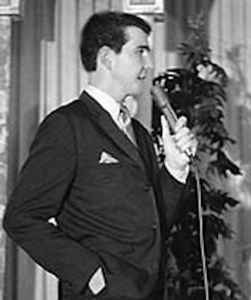 Profile:
Cabot started out as a weekend deejay for WALT when he was just 15 and still a student at Tampa, Florida's Hillsborough High School, and also put in some time with country station WYOU. He went on to establish Gil Cabot Enterprises, Inc. and founded the Paris Tower and Sundi Records labels in the mid to late 60’s for recording local talent. No national hits resulted from the Paris Tower recordings made at H&H Studios in Tampa; however, Sundi came through with a huge smash in 1969, recorded at Charles Fuller Productions on MacDill Avenue.
Sundi’s biggest (and only) hit is credited to Mercy, a local group from East Bay High School in Gibsonton. Their smash "Love (Can Make You Happy)" was released in two different versions – the first version, recorded and released by Cabot on Sundi Records, and a second version released on a major label, Warner Brothers, which signed the group for a full-length album (1969’s "Forever") while simultaneously releasing a re-recorded “Love (Can Make You Happy)” single.
Sites:
teddwebb.com
Variations:
Viewing All | Gil Cabot
G. Cabot