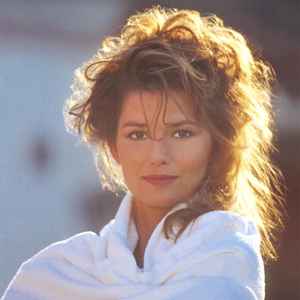 Real Name:
Eilleen Regina Edwards
Profile:
Canadian singer and songwriter who has enjoyed popular if not critical success in the country and pop music genres, born August 28, 1965 in Windsor, Ontario.

Her third album, "Come On Over", is the biggest-selling album of all time by a female artist, and the sixth biggest selling album in music history. She is the only female artist to have three albums certified Diamond by the RIAA, and is also the recipient of five Grammy awards, many BMI Songwriter awards and numerous other prestigious music awards.

February 17, 2018
I think the original Come On Over should be a separate master to the international version. Same goes for the re-releases for Shania 1993/2000 and The Woman In Me 1995/2000. Even though they are same albums they aren't related to the 'original' released version.
See 1 reply

December 6, 2015
Saw her in Vegas a few years ago thinking she would never tour again. But THANK YOU Shania for a great concert. PLEASE come back! I would see her again and again and again. I heard rumors she may be working on a new album, so maybe she will tour once again. And while I do not really know Gavin DeGraw's music, he was AWESOME as well! Overall, ONE GREAT SHOW! If you get a chance, GO GO GO! As a side note: I like her as a brunette, not a blonde (but that is just personal preferences).

If needed there should be checked if all releases are underneath the correct master, because I think it isn't the case at this moment.