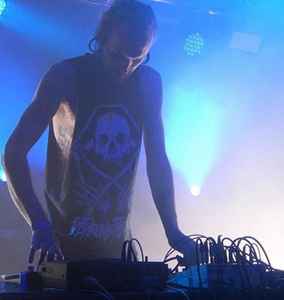 Profile:
Dirty K is a UK based Rhythm & Noize powerhouse that has been meticulously forged in the inferno by, the wild-child of noize himself, Ryan Dirty K. Dirty K has been responsible for the soundtrack to your worst nightmares since 2006 and shows no signs of slowing down anytime soon. The project has had various line up changes over the years, with other musicians joining as live support.

Ryan is armed with a very distinctive sound: an upfront and in your face blend of unavoidable ambient drones, harsh industrial sounds and a relentless onslaught of powerful distorted and broken beats, all of which is aimed at the dance floor.

Dirty K also delivers an utterly explosive live set and has been lucky enough to be featured on well over 60 releases, and released tracks and remixes for their peers on a plethora of the leading labels in the genre. Dirty K has also played a number of big festivals and events touring all over the UK and Europe; such as the legendry Maschinenfest, Infest, Wav Gotik Treffen, Resistanz , Slimelight & Summer Darkness festival.
Sites:
instagram.com, Twitter, Bandcamp, SoundCloud, dirtykmvsic.blogspot.com
Aliases:
Derailment (2), Ryan (32), Wild-Child
Variations:
Viewing All | Dirty K (2)
Dirty K Ryan