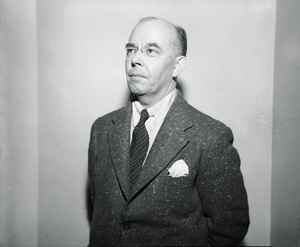 Real Name:
Nicolai Andreyevich Malko
Profile:
Though claimed by the Ukraine as a "Ukrainian" conductor, Malko, born 4 May, 1883, and died 23 June, 1961 In Sydney Australia, where he was Musical Director of the Sydney Symphony Orchestra, was born of a Russian mother and Ukrainian father and educated in Russian schools, completing that education at the Conservatory in Skt. Petersbourg, where he later taught when he was Musical Director of the Leningrad Philharmonic.
Variations:
Viewing All | Nicolai Malko
Malko, Nicolas Malko, Nikolai Malko, Николай Малько