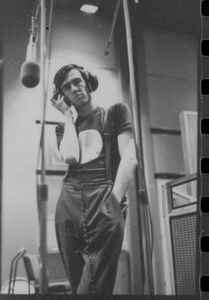 Real Name:
Steven John Stepien
Profile:
Joe Crow is a post-punk musician from Birmingham, England. He was a member of legendary Brum band The Prefects, and hung on long enough after the name-change to appear on a couple of early The Nightingales singles. In 1981 Joe began his solo career and recorded a 2-song demo “Compulsion” and “Absent Friends”.
In Groups:
The Nightingales, The Prefects
Variations:
Viewing All | Joe Crow
Crow, J. Crow, Joe