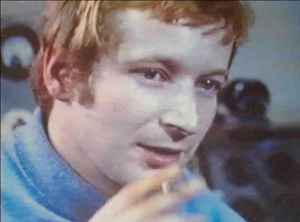 A talented jazz musician, educated in piano and composition at the Royal Academy of Music. He joined the BBC as a studio manager in 1960 and at the start of 1963 he joined the Radiophonic Workshop. He had an interest in the manipulation of sound via the use of tape effects, bringing jazz influenced tape editing to his rhythm compositions and also combining live jazz recordings into his work. His work outside the BBC creating advertising jingles became highly lucrative, earning him three times his BBC salary. He also played in jazz groups and his own trio in Southend.

He was devastated by the death of his mother in 1971 and entered into a spiral of drink and depression, becoming semi-reclusive. He held his position in the Workshop until he was sacked in 1974, after which he was unable to recover from the shock and never wrote another note of music nor played in public again.

At this point he entered into a platonic relationship with Daphne Walker, buying houses on the Isle of Man and Isle of Wight. After leaving the Workshop, he spent the next few years in an alcoholic stupor. Whilst living on the Isle of Man, he was diagnosed with cirrhosis of the liver. After being discharged from hospital, he declared that he was ashamed and would never drink again. He then moved to the Isle of Wight to enjoy the silence and walking his dogs in the hills near his house. In 1996 he was diagnosed with cancer of the liver and was told he had less than a year to live.

Daphne survived John by six years and in her will she left £100,000 to the Royal Academy of Music to set up a fund to benefit jazz students.
Sites:
Wikipedia
Aliases:
John Matthews (4)
In Groups:
BBC Radiophonic Workshop
Variations:
Viewing All | John Baker
Baker