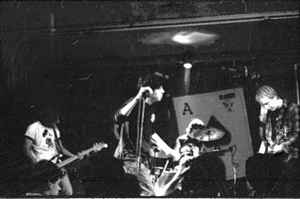 Profile:
Sluggo was a straight edge hardcore band from Cincinnati, Ohio that was together from 1983 to 1986. They started playing with a thrashy classic D.C. sound but evolved into a more metallic band, ala Motorhead. They recently reunited for a show in November 2010.