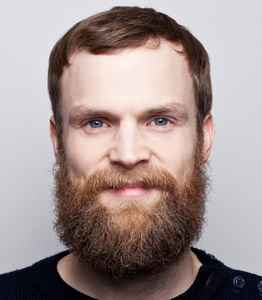 Training to become a pianist, Olsen enrolled at a local music school, but to his disappointment there wasn't much jazz being taught there. Gradually leaving the musical career path, he later moved on to study physics at the University Of Oslo. Growing up in the rural village of Mjøndalen, dance music influences were scarce. However, during the early-mid 1990s dance culture sneaked its way into even the most remote parts of Norway, thanks to The Prodigy and national radio stations filling prime time slots with underground jocks Olle Abstract and Pål "Strangefruit" Nyhus from Mungolian Jetset.

On the more personal level, Terje’s sister was a close friend of the late Tore "Erot" Kroknes, who was known for his releases on Telle Records and his production work for his girlfriend Annie on the classic disco pop single "The Greatest Hit". The tapes his sister brought home from Erot to the young Terje became a major source of inspiration for him. Playing around in his early teens on a cheap PC together with his mate Dølle Jølle, Terje made his first attempts on house and jungle music, which they played from cassette tapes on junior high school-dances.
Olsen reckoned that disco was all a bit silly – until Norwegian disco pioneer Bjørn Torske’s "Sexy Disco" caught his ears in 1999 and inflamed his love for the disco sound. In 2001 Olsen got in touch with Prins Thomas, and was also introduced to Hans-Peter Lindstrøm in Oslo.