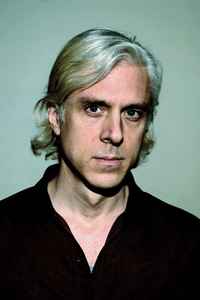 Bill is one of the most amazing drummers I have ever seen, and as a drummer, I've seen a lot of great drummers. His timing is impeccable, he has a strong sense of style, and he can either lay back and function as a strong clock or step out and create fills and moments of epiphany without overplaying.

Specific moments I can recall through the haze of memory are a perfect press roll he did around the rims of his tom-toms with The Blackouts at the I-Beam (San Francisco) in 1982 (on their way to Boston) and reading Moby Dick, while playing on stage, during the first Revolting Cocks gig at the Metro (Chicago), as visible on the "You Goddam Son Of A Bitch" video.

I really believe that entire Revco/Ministry shtick of playing live with pre-recorded backing tracks would not have been viable without a drummer of his caliber.