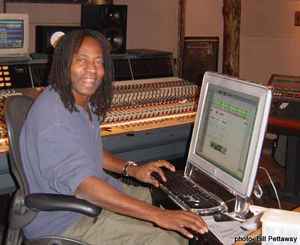 Profile:
Studio engineer, producer and owner of The Magic Mix Room who learned from watching the work of Tom Dowd. Well-known for his work with hip-hop producer Timbaland in the recent years, but the work of "Senator Jimmy D" stretches back to the 1970s, when he worked with Otis Redding, Bette Midler, Hall & Oates, The Rolling Stones and more.