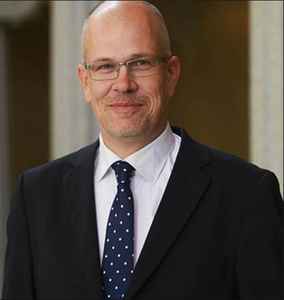 Real Name:
Jan Mattias Wager
Profile:
Born May 26, 1967 in Västerleds parish in Stockholm. Wager is a Swedish organist.
Wager studied at the Royal College of Music, at the church music line and then diploma education. He had Torvald Torén as a teacher of interpretation, Mats Åberg in Baroque interpretation and Anders Bondeman in improvisation. At his diploma in 1992, he was awarded the Jeton Academy of Music. Mattias Wager has also studied for Johannes Geffert in Bonn and Naji Hakim in Paris.
Wager has taught organ work and improvisation at the music schools in Piteå, Malmö, Gothenburg and Stockholm. He became the deputy cathedral organist in Storkyrkan in Stockholm in autumn 2006 and has been the cathedral organist there since 2011. Wager has also been internationally active as concert organizer. He played at the wedding between Crown Princess Victoria and Daniel Westling.
As a composer, Wager is acquainted with the music of two church theater performances, played over 200 times, "Luther – glädjedödare eller levnadsglad rebell" by Per Ragnar and "Birgitta – åttabarnsmor, politiker och helgon" by Agneta Pleijel and with actress Margaretha Byström. He has also written the music to the Stockholm City Theater's critically acclaimed series of Strindberg's Mäster Olof.
Sites:
Wikipedia