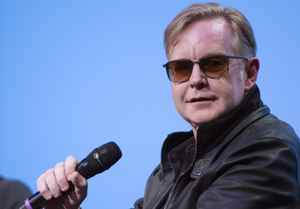 May 28, 2022
Rest in Peace dear Fletch. We'll miss you.
Much love from all DM fans around the world.
Reply Notify me 4 Helpful

On May 10, 2009, Fletch's father passed away.
Fletch had been informed about his father's death, right before the bands' gig in Israel that was the first one on the "Tour The Universe" tour. Fletch was asked about canceling the show, but instead he insisted to go on stage and do the show. He didn't want to let the fans down again, after the band had to cancel their gig back in 2006 due to national security problems. This issue had been brought up on the Israeli media later on that night and totally shocked the fans who had no idea before and during the show.

So that's the kind of person he was and this is is how devoted he was. I can't believe that he's gone.

May 26, 2022
Farewell, Fletch. You were the greatest man ever to simply stand behind a synth for four decades and sell over 100 million records.
Reply Notify me 15 Helpful

Rest... In... Peace... by crimsonmetal74
Depeche Mode by commentspae
I Like this artists by indifference
Favorite Artists by devout
View More Lists →