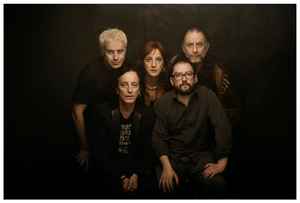 Profile:
Spanish prog-rock-jazz-ethnic band from the 70's, based in Barcelona. "La Companyia Eléctrica Dharma" took form in 1974 with brothers Josep, Esteve and Joan Fortuny, with Carles Vidal (bass) and Jordi Soley (keyboards). They are comparable to Guadalquivir as they also incorporate elements of Spanish folk music into a jazz environment, although more relaxed and ambient.
The 1st 4 1970's LP's are classics, starting as fusion on the debut and ending up an unclassifiable hybrid, not unlike Italians Stormy Six. 1983+ they continued as Elèctrica Dharma, with a more Catalan-pop-cultural style, and are still going today it seems!

Notes, previously in the profile...