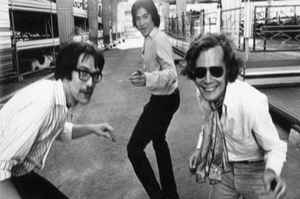 Profile:
Manal was an Argentine rock group, active from 1967 to 1971, with occasional reunions during the 80s, 90s, and 2000s.
They are deemed a foundational band of the Argentine rock scene, along with Los Gatos and Almendra.
The band members were Claudio Gabis on guitar, Alejandro Medina on bass and vocals, and Javier Martínez on drums and lead vocals.
Sites:
Wikipedia
Members:
Alejandro Medina, Claudio Gabis, Javier Martínez (2)