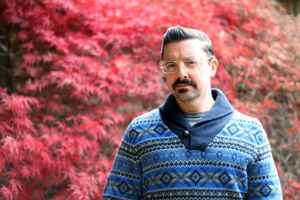 Profile:
Alex took his first musical steps by studying piano and guitar at the young age of 6. His fascination for the more outlandish, experimental side of each instrument corrupted his lessons and sent him down a modular synths and tape loop composition wormhole. Years later Alex resurfaced, got himself clean and, through connections made while spending time as a vocal audience member (and sometimes uninvited participant) at Lyman Woodard, Phil Ranelin, and other Tribe- and Motown-linked gigs in Cass Corridor during the mid-1970s, spent time as a session musician for Earth Wind and Fire, Chic, and Prince. It was only toward the mid-90s he found himself enthralled by the techno and house sounds of Detroit and Chicago so he went into the woodshed and came out firing electronic salvos.
Sites:
alexisrael.com, Facebook, SoundCloud
Aliases:
CL Dawkins, Mzungu, Rich Heebner