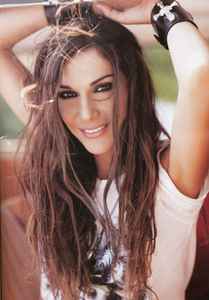 Despina Vandi began her steps to stardom while studying psychology, philosophy and education at the Aristoteleio University of Thessaloniki. Her rapid ascent to fame started when she drew the attention of famous Greek singer Vassilis Karras, who gave her the opportunity to perform with him every night at his club in Thessaloniki. Soon after, Vandi signed her first recording deal.

Her debut album "Γέλα Μου" (Smile At Me) was released in 1994 under Minos-EMI. Follow-up album "Εσένα Περιμένω" (It's You I'm Waiting For) was a turning point for Vandi as its success cemented her image as a pop icon. It featured several songs which were to become hit singles, this steadily built her reputation and large fan base.

In December 1997, Vandi teamed up with acclaimed Greek songwriter/producer Phoebus. The result was her third studio album, "Δέκα Εντολές" (Ten Commandments), which marked a defining moment in her musical development. In 1998, Vandi collaborated with Phoebus again, achieving two hit singles to precede her fourth album, entitled "Προφητείες" (Prophecies). It was certified Gold the day of its release and Platinum in two days. It eventually became 3x Platinum, selling 150,000 copies. Vandi's single "Υποφέρω" (I Suffer) went 6x Platinum and was awarded as being the highest-selling Greek CD single at Virgin Megastores and generally in Greece. The single also achieved 4x Platinum certification in Cyprus.