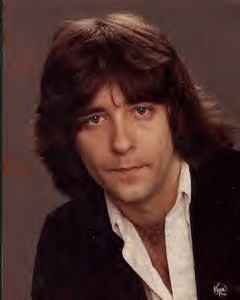 Real Name:
William Guffey III
Profile:
He was born July 28, 1952 in Inglewood, CA. Bill studied classical piano and played keyboards most of his life. In 1971 he moved to Boston and played with an underground group for two years. He was the original keyboard player for the rock group Shooting Star joining the band in 1977. Bill toured throughout the United States with Shooting Star until he left the band in 1981 after recording the album "Hang on For Your Life". He began his career with the IRS in 1991. He retired from his position as a steward for the National Treasury Employee Union, Chapter 66 for 9 years. He served as the second Vice President for NTEU, Chapter 66, and as the Executive Vice President from 2002 until his retirement. He was a member of Mensa International.
In Groups:
Shooting Star (4), The Blue Velvets (2)