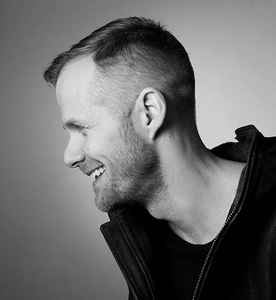 Profile:
Swedish techno producer and DJ, born May 15, 1976 in Stockholm.

He is the founder of Drumcode in 1996, sidelabel Truesoul in 2002 and co-founder of Planet Rhythm Records. Married to Ida Engberg.
Started DJing and producing around the middle 90's, he was interested in things like acid, gabber, speedcore, hard house and he made numerous records in those styles together with his good friend Peter Benisch under various aliases. After he met the local and fresh-born Swedish culture, he co-founded Planet Rhythm, worked in their record shop and moved towards analog techno, releasing at labels like Loop Records (4), Rotation Records, Svek and Primate Recordings as well. He released his first album at Planet Rhythm in 1996 Decoded and the (remix version Recoded in 1997).
In 1996, after he began to experiment with more distorted and raw sounds, he decided to sell his part of Planet Rhythm and founded Drumcode. At first, it was a primarily Swedish-only label with local colleagues like Jesper Dahlbäck, Cari Lekebusch, Thomas Krome, Fredrick Almquist, Joel Mull and so on. Occasionally he invited international friends like Oliver Ho, Marco Carola and various more to the remix compilation Stand Down. Regarding to the previous, the small collective followed Adam on the more experimental road of sounds, earning themselves the often-mentioned reference as pioneers of the "Swedish Techno". Adam's third album Protechtion in 1999 was said to be an example to this sound. These experiments continued on sublabels such as Code Red, Truesoul in 2002 (where he released his fourth album Ignition Key) and Mad Eye in 2004. He invited more artists from Sweden with the likes of Hardcell, Pär Grindvik, Patrik Skoog, Hertz and Henrik B; strengthening the "Swedish Techno" sound with compilations like Swedish Steel E.P. and Swedish Silver - 10 Years Of Drumcode.
Around 2004, beside his open-minded friends like style-founder Richie Hawtin (or Plastikman), Henrik B and Jesper Dahlbäck; he became a defining responsible of refreshing the techno sound with a more minimal approach. One of his first tries was the 17th project which have been followed with collaborations with the latter in this growing new direction.
Around the end of 2006, began with the release I Want You by Pär Grindvik, Adam extended the label worldwide and open to the new minimal movement. Beginning with artists like Perc, Ortin Cam and the uprising of digital distribution, he made the label more active with the number of releases.
In 2013, he let the label and his own productions not necessarily related to techno, with becoming open for tech, deep and progressive house. This turn was marked with the Swedish Silver Vol.2 compilation and began to push out releases in a monthly frequency. Beside the criticism received, he and Drumcode could remain successful definers in electronic dance music.
Sites:
adambeyer.se, Facebook, mixcloud.com, MySpace, SoundCloud, Twitter, Bandcamp, Wikipedia
Aliases:
17th, 2 Bonk, Conceiled Project, Midas (4), Mould Impression, Mr. Sliff, Tall Guy
In Groups:
Adam Beyer & Henrik B, Adam Beyer & Lenk, Alien Resence, Audicom, Co-Habits, Genecom, Hemlock, Marco Carola & Adam Beyer, Mental Glue, Rubber Duck, Safety Session, Slaughterhouse, The Syncapator, Wave Slaves
Variations:
Viewing All | Adam Beyer
A. B, A. Beyer, A.B, A.B., A.Beyer, A.D., AB, Adam B, Adam Bayer, Adam T Beyer, Adam T. Beyer, Beyer, a b

August 6, 2022
As a young kid, Adam Beyer was one of the pioneer guys for me that actually meant TECHNO (with capitals), one of the guys that came first to my mind when I heard or read just the single word "Techno". His 3-deck vinyl sets, his unquestionable track selection of compilations like "Time Warp 3", "Essential Underground 09" were things that banged my Hi-Fi system for a very long time repeatedly. Even his minimal stuff that came to surface around 2005 was very interesting for me, like "Fabric 22" or "Fuse Presents Adam Beyer" in 2008. Well-cared sound design with goosebump grooves and little details; every kind of tools were there to make his music exciting. Cultic classics like "Rippin' And Dippin 2", "Remainings III (DK Remix 1)", "The Eye That Sees Itself" (both sides) with Henrik B, "A Walking Contradiction" Part 1 and 2; his crazy remixes for Dominik Eulberg's "Blueten Sind Dem Grossen Schillerfalter Fremd", Mathew Jonson's "Marionette", Air Frog's "Bon Voyage" or Ben Sims' "Remanipulated" were shapers and definers of my taste as a listener and sound as a producer.
Nowdays, so much sadly, I pretty much think the opposite. Around 2012, when he stopped releasing his "Mad Eye" productions, something's been lost from him. It's not because of the change, that's not only a good thin in its own but essential for remaining as an artist. I think he burnt out from one thing: depth. As Techno slowly but surely entered into the "mainstream business", it became more functional than musical. Big trancy riffs and snareplay before the empty drop with flat drumkicks and cheap vocal samples, sometimes with overused acid riffs without any fantasy. Every single track in the Beatport Top 10 is just like that and they book it as success because it works for people who doesn't need any kind of art, just something that sounds loud. Adam Beyer is no longer more than this.
Farewell.

April 8, 2017
one of the people that could be hold accountable in the global decline of techno, besides Carola and Hawtin.
early releases are fine, doe.

October 9, 2014
I really did not care for the music he dropped or the way he played. There is a certain involuntary disconnection that happens when the guy we all are watching and who's leading the party is so addicted to nicotine he's got to suck an electronic cigarette every 5 minutes, you know? His set just didn't come trough in a coherent way. I prefer DJ's that keep a certain control over their vices, especially whilst performing those couple of hours. Admittedly, he has got some fine tracks, especially his early releases.
See 2 replies

September 7, 2014
Yeah, unbelievable, one of the legends in Techno Music for sure !