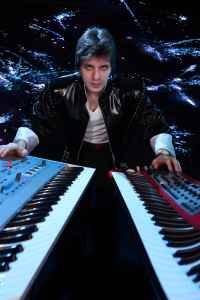 Real Name:
Ruslan Bozhok
Profile:
Synth Dimension is creating music in instrumental electronica genre which combines the classic electronic sound of the 80-ties with the modern technology of sound. Synth Dimension is influenced by synthpop, italo disco, and spacesynth genres but at the same time is noted to be a lot more melodic.

The leader of the project is Ruslan Bozhok, a professional composer and producer from Moscow, Russia. Ruslan is running his own recording studio and is currently finishing work on his second album. Tracks of his first album, "Dreams of Electronic Mind", are available in all major digital stores.
Sites:
MySpace