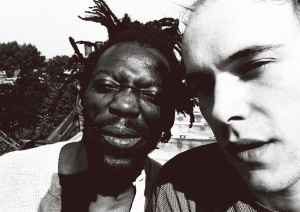 Has had various members since forming in 1981 but Bonjo I has been a constant feature. Most of the actual music in the early days was written by Adrian Sherwood and the band was basically a vehicle for his more experimental side for the then fledgling On-U Sound label.

However, as the band developed throughout the 80's, Bonjo's role became more prominent. By the time of the 5th album, the classic 'Songs Of Praise', he was vocalist as well as main multi-percussion instrumentalist. He also became the primary songwriter. Despite this other writers also became involved, most notably Skip McDonald of Tackhead.