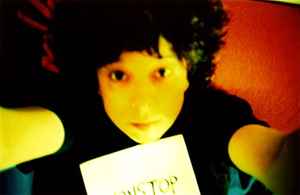 Real Name:
Maya Newman
Profile:
Malka Spigel fell into the music and art world as a Tel-Aviv exile in early 1980s Amsterdam. Minimal Compact, which she co-founded with Berry Sakharof (now Israel's biggest and most respected rock star) and Samy Birnbach (latterly DJ Morpheus), and in which she played bass and contributed occasional vocals, pioneered a minimal post-punk/punk-funk sound that over seven years attracted a large, enthusiastic audience in continental Europe and beyond. During the period 1981 to 1988 the band grew to include drummer Max Franken (now Githead's drummer) and guitarist Rami Fortis (notorious in Israel as its first punk) and were associated with many luminaries, recording with Tuxedomoon's Peter Principle, Wire's Colin Newman, and John Fryer (This Mortal Coil), sound-tracking ballet by choreographer Pierre Droulers, and having a song (sung by Malka) in the Wim Wender's movie Wings of Desire.

Malka's working partnership with Colin Newman started in 1986 with Commercial Suicide and its follow up It Seems. The couple married in 1986 and moved to London in 1992, setting up the Swim label, initially to release their own projects (Oracle, Malka's debut Rosh Balata, and Immersion), but later to release the work of other artists. In 1996, Immersion made an installation at IMMA Dublin, which set Malka on a path of realising herself as a visual artist in addition to being a musician. During the period 2000 to 2002 she gained a degree in fine art, specialising in video and photography. She has since made video work with Immersion (most famously seen at the Royal Festival Hall, London) and video clips for Vapourspace and Minimal Compact. She also has an extensive collection of photography work, primarily created with a lomo LCA camera, which has gained her pre-eminence in the lomo community.
Sites:
mayanewman.com, githead.com, posteverything.com, lomohomes.com, swimhq.com, Facebook, Wikipedia
Aliases:
Malka Spigel-Newman, Yoyo (32)
In Groups:
Earth (4), Githead, Host (5), Immersion (2), Intens, Minimal Compact, Oracle, Seven Codes, Spigel*Newman*Colin*Malka
Variations:
Viewing All | Malka Spigel
M Spigel, M. Spiegal, M. Spigel, M.Spigel, Malgorzata Szpigiel, Malka, Malka Yoyo Spigel, Spigel, מלכה שפיגל, מלכה שפיגל ניומן