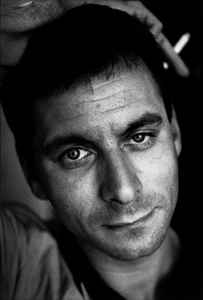 May 31, 2022
As I have written elsewhere, Not Me for me is a critical single, and yet it only appears on the special 2 x cd version of A-Z. On the second A-Z disc there are two demos of Not Me, the fantastic studio quality Riverside demo then the home demo.

It would be great if Colin attended to a proper 7"single release of Not Me (like the Riverside demo).

Colin Newman has produced so much music. It can be hard to keep up (especially if you are like me and you also listen to other stuff!). It’s too easy to get lost in Newman, then when you add Wire and all the offshoots – totally lost. It’s a good kind of lost.

Colin Newman is post-punk, having taken apart, he pieces it all back together, with expert musicianship, a voice with things to say. There is punky venting, some shouting, and with considered experiment, he takes music much further, some songs are very moving / poignant and yet, those same poignant songs can have an amazing edge. One good example was used in a peculiar movie scene, a pit, skin, little puppy. I still remember watching the film, and my surprise to hear Colin Newman’s haunting voice in the background. The film? Silence of the Lambs. Retain a sense of humour, it’s easy when you discover post punk track used eerily and effectively in a Hollywood film. Bizarre. The track? Alone. So, while there are many people who haven’t heard of “Colin Newman” there are millions who have heard his music. (The music industry doesn’t truly back our genius musicians.)

I first heard Colin Newman with his A-Z album, which is still my favourite album of his. I couldn’t state a favourite, but one track I constantly go to is S-S-S-Star Eyes, for the sheer, frenetic joy of it. But it’s best to hear the album in full, starting with I’ve Waited Ages (!!!). The early Eighties were an incredible time of musical brilliance. This album still sounds fresh, an outstanding breakthrough in music, no doubt a personal endeavour for Colin Newman. The whole album deserves a listen, but I suppose I have to lamentably add the tired adage: “it’s not everybody’s cup of tea”. Well: I don’t like tea.

[I also enjoyed Newman’s ventures with Malka Spigal, Minimal Compact (New Clear Twist) and the Swim label. Spigal’s voice, like Newman’s has a lot of character (Autumn Leaves). I’m diverging, and that is what happens when you get into Colin Newman’s music, he’s ventured far . . . ]

April 4, 2020
I've got a note to say that It Seems came with a free LP called Music From 12 Countries. Is this correct -as I cannot find it here. David P Housden

March 1, 2017
Colin Newman was my first love and he will be my last! Always liked his cool-to-hysterical english voice and his lyrics. More known for being the singer of WIRE. 'Selling on Ebay all that is yours.'
A-Z - a great record, in the style of Wire 154, full of ideas, heavy rhythms, sentimental melodies, partly very noisy. My all-time favourite.
Provisionally Entitled... - very calm, more ambient.
Not To - a light version of A-Z, songs all sound rather restrained.
Commercial Suicide - beyond good and evil, general suicide.
It Seems - never heard it.
Bastard - quiet fine, more into electronic sounds.
Will try to be more detailed later. This is a draft.