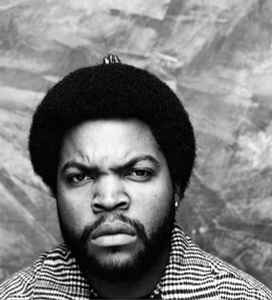 Ice Cube began his career with the C.I.A., a group comprised of Ice Cube and his neighbor, Sir Jinx. Jinx would later introduce him to his cousin, Dr. Dre. After doing performances with Dre, they teamed up with Yella, Eazy-E, MC Ren, and The Arabian Prince to form the most iconic "gangsta rap" group of all time, N.W.A.. He broke away at the height of their national notoriety, after realizing he was being swindled out of hundreds of thousands of dollars by Ruthless Records. Although he left N.W.A., Cube still wanted Dre to produce his solo debut album. Eazy contractually rejected this request, because Dre was the producer for his record label (Ruthless) and he felt betrayed that Cube left the group. Ice Cube left N.W.A. and formed Da Lench Mob with his neighborhood friends Sir Jinx, K-Dee, Dazzie Dee, T-Bone (2), J-Dee, Shorty (2), female lyricist Yo-Yo, Chilly Chill, and Ice Cube's cousin, Del the Funky Homosapien.

Cube began looking for other producers to produce his solo. He approached Public Enemy, who were already busy recording their third album, "Fear of a Black Planet" and scoring the "Juice" Soundtrack. So instead, they recommended him to 3rd Bass' producer Sam Sever; but Sam failed to show up to the meeting with Cube. Cube also had informed Public Enemy and their producers, The Bomb Squad, that when he mentioned to Eazy that he might employ them as his producers, Eazy "rolled his eyes" as if they were inadequate to do the job as successfully as Dre. When The Bomb Squad learned of this, they fully agreed to produce Cube's first solo project. In addition to The Bomb Squad, he also got fellow Lench Mob producer Sir Jinx and DJ Pooh to produce tracks as well.

On his initial solo release, Ice Cube - AmeriKKKa's Most Wanted Ice Cube injected virulent political and cultural rhetoric that stepped above N.W.A's gangbanging braggadocio. Ice Cube squashed the bi-coastal rap rivalry and collaborated with New York's hip-hop heavyweights Public Enemy. Their production team, The Bomb Squad, produced Amerikkka's Most Wanted. Ice Cube became a lightning rod for attracting attacks from rock critics and moralists for his lyrical content. Time has shown that the ruthless words and pointed imagery on both Amerikkka's Most Wanted and 1991's Prophetic pre-LA riots "Death Certificate" were not included for shock-value. The message construed in his rhymes presaged Los Angeles's incendiary reaction to the outcome of the Rodney King trial. On his album "Death Certificate", Cube introduces local L.A. legends Deadly Threat and Kam on the song "Color Blind". The production was mainly handled by DJ Pooh, Rashad Coes, and Bobcat of The Boogie Men (along with Sir Jinx and Ice Cube himself). America was now listening to Ice Cube. Ice Cube - Death Certificate debuted at #1 on the R&B Album chart and #2 on the Top 200 Album chart. In 1992, Ice Cube continued his vocal incursion into suburban America with a role in John Singleton's epic film on South Central LA, Boyz In The Hood and by touring on the second Lollapalooza. His next release, Ice Cube - The Predator, galvanized him as the premiere multi-platinum West Coast hip-hop Icon. It debuted at #1 on both the R&B and Top 200 Album charts. Ice Cube - The Predator was an epilogue to the LA riots and while Ice Cube - It Was A Good Day provides a hassle-free moment in a Compton day, there is still dissonance in Ice Cube's America. 1993's Lethal Injection sees Ice Cube morphing into his "Don Mega" persona that permeates his War & Peace albums and projects with Westside Connection. These first four albums set him up for his later successes. In addition to his War & Peace two-album series, Ice Cube has recently starred in The Friday After Next, the 3rd installment of his multi-million dollar earning Friday movie franchise, Player's Club, Barbershop, and "Straight Outta Compton", the biopic about N.W.A.

November 11, 2018
Excellent bio above! It's very in-depth and detailed, more than wikipedia gives, and more than I could easily glean for myself without a lot of research. Thanks.