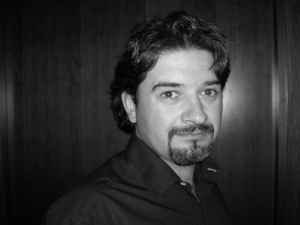 Javier Torres Maldonado is a composer and teacher who combines both functions in a very high-profile career. He is Tenure Professor of electroacoustic composition at the Conservatory of Parma, Italy. Previously he held the same position at the Conservatories of Milan (2007-2011) and Alessandria (2003-2007) in the same country, and gives regular masterclasses and seminars in different European institutions every year.

He has received four consecutive times (2007, 2009, 2011 and 2013) the "Commande d'État" by the French Ministry of Culture and an international array of honours including the prizes "Da Capo" by the Brandenburger Biennale and Brandenburger Symphoniker, for his works for orchestra (2012, Germany), GRAME (Lyon, France, 2006, for his work for acoustic instruments and electronics), as well as first prizes at the competitions "Queen Elisabeth" (2004, Brussels), "Alfredo Casella" (2001, Siena), Queen "Maria Jose" (Geneva, 2000), "Ad Referendum II" (1997, Montreal, Canada), "Città di Barletta" (1997, Italy). He was the recipient of "Prix des Musiciens" by the Nouvel Ensemble Moderne (1998, Montreal) "Mozart" by Mozarteum in Salzburg (for two consecutive times, 1999 and 2001), "Ibermusicas-Iberescena" (2013, Spain and Latin American countries, for "Rostros de humo", work in partnership with the choreographer Jaciel Neri), among others.

The composition projects he will develop between 2014 and 2015 include a new work for the Ensemble Sillages (work commissioned by the French Ministry of Culture), a piece for large orchestra commissioned by the Orchestra of Mineria (Mexico) in which he will continue his work with Computer Assisted Orchestration techniques (applying a recent research developed at IRCAM) and, specifically as an individual project for the Arditti Quartet, the String Quartet No. 2.

He is the scientific coordinator of the international cycle of seminars "Labirinti Sonori", organized by the Conservatory and Casa della Musica of Parma. He is co-founder and artistic director of the Dynamis Ensemble of Milan from 1999 and from the International Festival "Il Suono Occulto" of Parma, Italy.

His work clearly shows the idea of complete integration between a compositional art that preserves deep roots in the largest Western musical tradition, multidisciplinarity, elements of different cultures and the possibilities resulting from new technologies. These aspects converge in his more recent work "Viaje" (2013-2014), chamber opera for four singers, ensemble and electronics, premiered on 22.10.2014 during the last edition of the Festival Internacional Cervantino (Mexico) by the Ensemble Sillages and Le Grain – Théâtre de la Voix opera company of Bordeaux. As composer in residence he created the significant electroacoustic part of "Viaje at the French centres for music, research and new technologies CIRM of Nice and SCRIME of Bordeaux. As conductor he collaborated with Jonathan Harvey, recording a monographic CD of him with the Dynamis Ensemble of Milan for Stradivarius.

Although he left Mexico in 1996 after an invitation of Franco Donatoni to study with him, he continues to be involved in the artistic and academic life of his country, collaborating with different educational institutions as composer and visiting professor, indeed he is internationally recognized as one of the most representative composers of the Mexican avant-garde music. He also promotes international exchanges between European, Mexican and international institutions, as well between musicians and artists.
Sites:
torresmaldonado.net