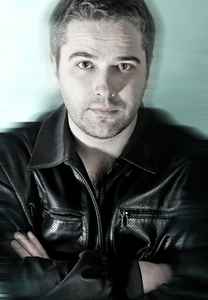 Real Name:
Alain Quême
Profile:
Alain Quême first jumped on to the scene with "Vertigo", released under Thomas Bangalter’s label Roulé. His alias (Alan Braxe) is an homage to his home town in France. Along with Thomas Bangalter and Benjamin Diamond, Alain produced Stardust’s "Music Sounds Better with You", a dance track that was an instant hit. If you watched music networks at all in 1998 or 1999, you would have seen the video several times a week.
He is the cousin of DJ Falcon (Stephane Quême) and Quartet (Delphine Quême).
Sites:
Facebook, Facebook, Last.fm, MySpace, songkick.com, SoundCloud, Twitter
Aliases:
Alain Quême
Variations:
Viewing All | Alan Braxe
Alan Brake, Alan Braxe And Friends, Alan Braxxe, Alex Braxe, Allan Braxe, Braxe, Chez Alan Braxe

This guy almost got his ass whooped by DJ Assault in Barcelona for going over his set time and not letting Assault go on as scheduled. There was no reason for doing that, except to be rude. This guy is an egotistical, fat dope.