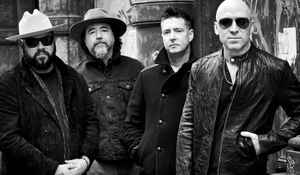 Live achieved worldwide success with their 1994 album Throwing Copper, which sold eight million copies in the U.S. The band had a string of hit singles in the mid-1990s including "Lightning Crashes", which stayed at the top of the Billboard Hot Mainstream Rock Tracks chart for 10 consecutive weeks and the Modern Rock Tracks (now Alternative Songs) chart for nine weeks from February 25 to April 22, 1995. The band has sold over 20 million albums worldwide. Their last three studio albums fared only moderately well in the U.S., but they continued to enjoy success in the Netherlands, South Africa, Australia, and Brazil.

On November 30, 2009, Taylor revealed that what had initially been termed a two-year hiatus was more likely the end of the band. An acrimonious split soon occurred, with Kowalczyk leaving the band. However, Live continued with singer Chris Shinn and released the album The Turn in October 2014. Kowalczyk rejoined the band in December 2016 and in 2018 they released a new EP "Local 717".
Sites:
Freaks4LIVE.com, instagram.com, Wikipedia, Facebook
Aliases:
Public Affection
Members:
Chad Gracey, Chad Taylor (2), Chris Shinn, Ed Kowalczyk, Patrick Dahlheimer
Variations:
Viewing All | Live
Līve

In the 90's, you couldn't switch on mtv without seeing a new alternative rock group on the tube, and this band was more than just another band. They embraced the craziness of bands of the time (nirvana, jane's addiction, primus, et al), but as a twist, they brought the mind of a poetic frontman and a daring (yet still conservative) guitarist in the mix to spice up this original band. They've been written off as a wannabe-U2-like band, and they've been subjected to being noticed only by Ed's bald head as their icon, if you will. I loved Secret Samadhi and Throwing Copper...excellent songs which ranged from country-esque strumming to feedback-riding torment-filled songs. Definitely check them out if you love any of the bands out now in the indie scene because I'm sure that some of those bands took lessons from Live.